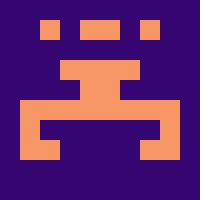 Billions of glasses of alcohol are consumed across the planet daily. Despite this, only a percentage of consumers are aware of the various types of alcohol. You may have sampled a bourbon here, a whiskey there, or some good old moonshine in your friend’s barn, but what’s the difference?

To begin with, whiskey (worded as whisky outside the United States) is a distilled alcohol manufactured from fermented grain mash— mostly corn, barley, wheat, rye, or other grains. Whiskey is sometimes matured in wooden barrels, which contribute color and taste, and when it’s first distilled, it’s known as white whiskey or moonshine because of its clear tint.

The primary distinguishing factor between the various types of alcohol is the type of grain used, production process, and country of origin. Still, Canadian whiskey is a distinct entity that is sometimes unfairly disparaged due to its status as a blended whisky.

Bourbon is a kind of whiskey that must be produced in the United States and must meet some basic criteria to be officially labeled, sold, or shipped as bourbon: it must be distilled from at least 51% corn, aged in charred oak barrels, enclosed for aging at no more than 125 proof, and packaged at 80 proof or more. The charred barrels are particularly important and significantly impact the spirit’s flavor. In 1964, Congress designated bourbon as America’s sole native spirit, and as an American product, it cannot be marketed as “bourbon” if made in another jurisdiction.

While all whiskey is bourbon, not all bourbon is whiskey. Bourbon has to be matured in virgin charred oak barrels for a minimum of 2 years to be called “straight bourbon whiskey.”

If you compare bourbon to whiskey, you’ll find that bourbon is sweeter. Bourbon is commonly made in Kentucky; Corn, Kentucky’s most prominent crop, has a high sugar concentration, explaining all that bourbon sweetness. This makes more sense if you’ve ever eaten corn straight from the cob — it’s delicious, right? Because of its sweetness, bourbon is a fantastic liquor for many cocktails.

Put simply, moonshine is untaxed whiskey – although that’s no longer the case. Making moonshine started early in American history when the new US government imposed a tax on whiskey and spirits to help cover the American Revolution’s expenses.

Because of the rich heritage of moonshine recipes, many distillers opt to maintain the moniker ‘moonshine’ even though moonshine is legal and is taxed. Moonshiners in the past didn’t have an absolute definition for what constituted moonshine. Moonshiners across the country employed various ingredients, including corn, rye, and sugar.

Moonshine has a flavor that is more like vodka than a dark-colored whiskey. This is because historically, moonshine is seldom matured, and obtaining and keeping oak barrels for maturing secretly would’ve been extremely difficult. However, because there weren’t any legal criteria, the flavor varied. The majority of moonshine produced in America’s South is created from maize, and owing to commonalities in the distillation process, the majority of southern moonshine is identical to corn whiskey. You can learn about our Liquors by visiting one of our Locations.

Experience Moonshine for Yourself Today

Whether mixed or taken neatly, moonshine is highly desirable. Here in Tennessee, we offer several moonshine options, including flavored moonshine. So stop by for a complimentary taste of our Salted Caramel Moon Pie, Root Beer Float, Chocolate Cream, among many others. Take the Tennesee Shine Co. moonshine distillery tour and savor history with us, and we’ll make sure you have the best experience, just as you deserve! How to Store Moonshine After Opening
Next Article